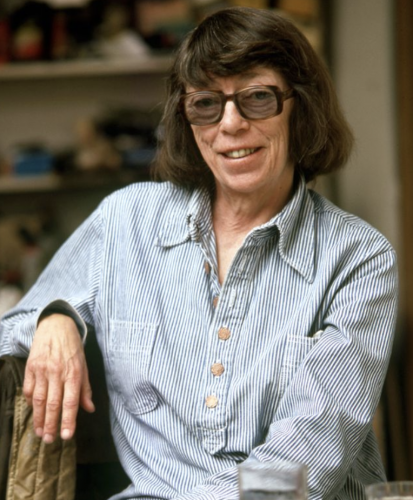 Born in Chicago in 1926, Joan Mitchell attended Smith College and The Art Institute of Chicago before moving to New York in 1947. Mitchell came into contact with the Abstract Expressionist painters when she enrolled in Hans Hofmann's painting classes in New York and by 1948 she had achieved prominence as one of the leading members of the 'second generation' painters of The New York School. Her first group show was in 1950 at the Krannert Art Museum at the University of Illinois Mitchell. In 1950, she also had her first solo show at the Saint Paul Gallery, St. Paul, Minnesota. She moved to France in 1959 and settled in VÃtheuil in a house once occupied by Claude Monet. She continued to work there until her death in 1992.

Like the other artists of her generation, Mitchell was greatly influenced by the gestural style of Willem de Kooning. Her emotion-laden abstractions are spontaneous and highly expressive based on an intimate awareness of nature translated into open, expansive color strokes painted on a white ground.